Out of all the buttons and functions that Madden NFL has implemented (even the half-hearted ‘read tackle’ in Madden 18) there are few that have caused the gameplay more quality than the sprint button (R2 on PS4 and RT on XBox One).

After playing too many games to count I decided to start playing with less use of the sprint button in my games against the CPU.  I couldn’t believe how much this little thing changed the entire experience.  All those times where I felt that my user controlled player was being cheated out of a presumably big play I realized that it was because I pressed the R2 button either too early or simply pressing it altogether.

A few things happen when you press the R2 button on offense.  If you are using a QB on a pass play it will put you into a scrambling mode where your passes will generally be less accurate (this is actually a good thing).  The other aspect that tends to drastically change your experience is that it seems to cause the CPU to rush the QB like a beacon.  While this makes some sense as most defensive players would start focusing on a dangerous scramble – it feels too much like a homing beacon.  This is where the real issue comes into play.

You will notice the biggest issue on offense when you are controlling the running back and press the sprint button.  It will cause the defense to essentially speed up and focus completely on the ball carrier.  The blocking from your AI teammates will break down faster and it will essentially dismantle your play before it ever gets up and running (no pun intended).

By using the left analog stick and staying away from the sprint button you will see a few things happen.  The blocks will be better and the defense will actually react in a way that feels realistic instead of some version of mind reading monsters from Dark Souls.

Where I actually noticed the best function change was on defense.  By using the left stick in tandem with the defensive engagement moves, swim moves, etc. it was like a different game.  It felt smooth and actually made defense enjoyable!

If you press the sprint button on defense you will see the QB do all sorts of crazy stuff (including intentional grounding that is never called by the atrocious penalty system that hasn’t changed since Madden 96).  Every aspect of your defensive experience is generally ruined by using the sprint button.  Even the truck stick is better without it!

Give this a shot as you prepare for Madden 19.  You won’t regret it! 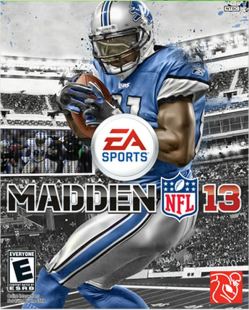 In any sports game it is often the most desired game mode but it is also one of the hardest to have any sort of real longevity with – Franchise/Association/Connected Careers Mode.

Sports gamers often have to deal with a few different issues that keep them from playing more than one season (or even just one season).  If you are one of the many gamers that suffer from these issues we will supply you with a few different solutions for giving you a more successful and longer lasting personal career/franchise mode.

Winning Too Much, Too Fast – Most of the typical elitists out there will get on your case if you are winning ‘too much’ and tell you that you need to turn your sliders up a few notches.  While this might be the case (and often is) there are other means of making your game a bit more challenging.

The first is playing the game in a manner that takes your superior decision-making out of the equation and allowing the game to provide a decent challenge.  In football games you will often see either an ‘Ask Madden’ or ‘Suggested Play/Pitch’ option – use that to the utmost and avoid making any changes to that play in order to keep the AI functioning.  You will often notice that the CPU ‘cheats’ as you change plays on the fly.  This is often a function of the game trying to challenge you.  The AI doesn’t have the complex decision functions that you have in your head (yet), so be sure to let the game give you the challenge it is trying to give you.

Secondly, you may want to stop turning off the system before you lose a game.  Losing sucks but you know what sucks more?  Playing and winning every game, every season and then losing interest because your team is ‘so amazing’ that it is boring now.  Do yourself a favor and be honest about your infatuation with winning every game.  No NFL team since the 1972 Miami Dolphins has gone undefeated and one the Super Bowl.  No Major League Baseball team has ever gone undefeated and the same can be said for pretty much every other league and sport around.  Build your team and allow for the game to challenge you.

Thirdly, turn up the difficulty (there I said it).  If this means turning the human sliders to ‘0’ because you are the greatest Madden gamer of all time, do it.  Really the only person you have to answer to is yourself and it is mind-boggling to me how many people will say the game is too easy when they really aren’t challenging their gaming abilities past what they feel is ‘fair’.

Broken Progression – This was and is an issue with the hardcore Madden community as well as every other sports game.  No one is ever happy with the way players grow in sports gaming – ever.  It is much like anything else with people – you can’t make everyone happy all of the time.  The best approach can be found in 2K Sports games and Madden 12 where you can go and edit the ratings of any and every player in the game to your heart’s content.  Yet, there are still people out there that want to complain about that even being an option because they expect some sort of magic progression system for players.

Sadly, outside of the option to edit every rating for every player you will have to take it upon yourself to learn how the progression system ‘works’ and make it work for you.  Madden 13 is largely dependent on production and XP growth based on what your players are doing on the field.  While this makes a lot of sense to people it is totally wrong in the eyes of others that think some sort of mythological ‘potential’ rating is the way to go.

Too Easy To Build Team – Do yourself a favor and unleash your inner Billy Beane.  Start building your team as if you’re on the strictest of budgets.  Limit your potential contract offers to a set amount and you will quickly find that quality players are much harder to come by.

Another direction is to build in the exact opposite manner – spend big money on big players.  A good starting point is to determine/find a franchise player.  Whether it is a quarterback in football or a cornerstone like Albert Pujols in baseball, put your money where your hopes are and make it a big contract.  This will help limit your spending in other parts of your roster.

Can’t Pick A Team – This is something that most people find to be a common problem and it is often the primary reason why a single-player career mode/franchise mode ends within the first three seasons.  You have a few options that can help you in this journey to finding longevity in franchise mode.

The first option is finding a team that needs a lot of work.  Often you will find the most fun in building one of the worst teams in the game.  In Madden, you will often find that a team like the Browns needs quite a bit of help.  In that same breath, you can use teams like the Indians, Marlins or Astros in a baseball game or a team like the Sacramento Kings in basketball games.

The second option is changing your team after a few seasons.  Thankfully, in most sports games this is an option after every season.  If you win a few championships with a team and you want a change of pace, quit that team in the off-season and take the worst team in the league and try to build them into a contender that will last long after you leave.  The best way to see if you have truly built a great team is to build them up and then find a new job.  Track the progress of your old team and it will be like watching a Chia Pet grow wild.

Yet another direction you can go with a team in franchise mode is setting up an online story for people to follow.  This will allow you to have a deeper connection to the team you are using and a bit of ownership to keep other people updated on what’s going on.  In many cases, you will find that it gives you the ability to become a better storyteller.  Also, you should take this as an opportunity to completely change the team to your liking.  While this is certainly something that most people think when going into their career mode they usually let their interest go by the wayside.