Out of all the buttons and functions that Madden NFL has implemented (even the half-hearted ‘read tackle’ in Madden 18) there are few that have caused the gameplay more quality than the sprint button (R2 on PS4 and RT on XBox One). 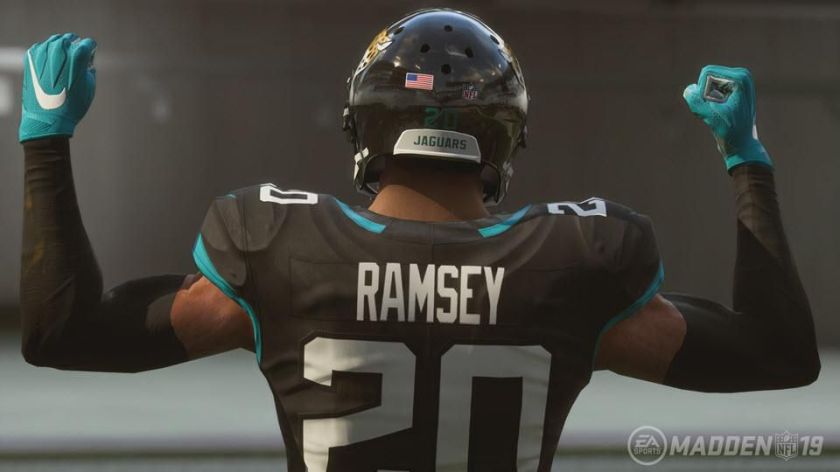 After playing too many games to count I decided to start playing with less use of the sprint button in my games against the CPU.  I couldn’t believe how much this little thing changed the entire experience.  All those times where I felt that my user controlled player was being cheated out of a presumably big play I realized that it was because I pressed the R2 button either too early or simply pressing it altogether.

A few things happen when you press the R2 button on offense.  If you are using a QB on a pass play it will put you into a scrambling mode where your passes will generally be less accurate (this is actually a good thing).  The other aspect that tends to drastically change your experience is that it seems to cause the CPU to rush the QB like a beacon.  While this makes some sense as most defensive players would start focusing on a dangerous scramble – it feels too much like a homing beacon.  This is where the real issue comes into play.

You will notice the biggest issue on offense when you are controlling the running back and press the sprint button.  It will cause the defense to essentially speed up and focus completely on the ball carrier.  The blocking from your AI teammates will break down faster and it will essentially dismantle your play before it ever gets up and running (no pun intended).

By using the left analog stick and staying away from the sprint button you will see a few things happen.  The blocks will be better and the defense will actually react in a way that feels realistic instead of some version of mind reading monsters from Dark Souls.

Where I actually noticed the best function change was on defense.  By using the left stick in tandem with the defensive engagement moves, swim moves, etc. it was like a different game.  It felt smooth and actually made defense enjoyable!

If you press the sprint button on defense you will see the QB do all sorts of crazy stuff (including intentional grounding that is never called by the atrocious penalty system that hasn’t changed since Madden 96).  Every aspect of your defensive experience is generally ruined by using the sprint button.  Even the truck stick is better without it!

Give this a shot as you prepare for Madden 19.  You won’t regret it!