The one question no one seems to be asking is whether EA Tiburon has fixed the broken draft logic prior to Madden 19.  As everyone (including yours truly) got jacked about the announcement that Madden 19 would have custom draft classes we seemed to forget that there were quite a few issues under the hood that needed to be fixed before anything was added. 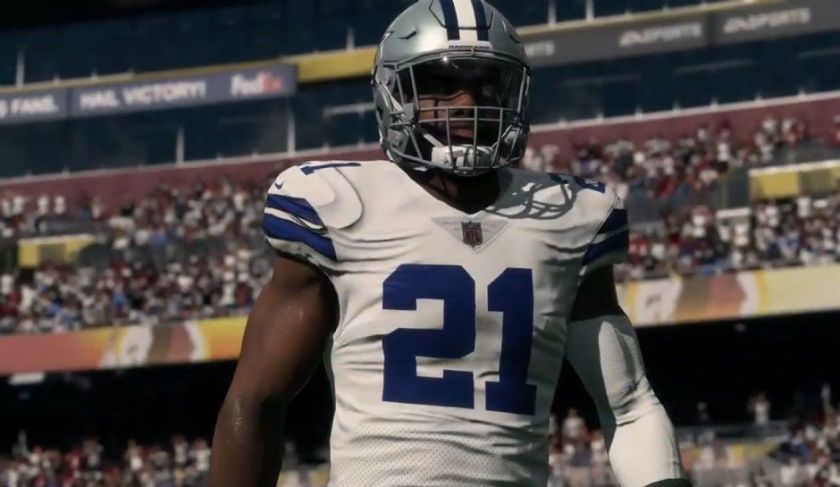 First and foremost, one of the biggest problems that Madden CFM has faced since forever has been lackluster draft logic by CPU teams. A lot of this issue comes from what seems to be a lacking interaction between CPU logic between team needs and coach schemes.  If you pay attention in your CFM you will see what we see every year – coaches get fired and players age/retire.  The breakdown in Madden draft logic stems from this moment and then snowballs as each draft pick is made.

This means that no matter how great your custom draft class might be, it will most likely be thwarted by an AI that is too stupid to use it wisely.

Coaching schemes to this point haven’t changed how a team fluctuates between coaches.  If the CPU controlled Browns were to fire Hue Jackson and his West Coast scheme and bring in someone with a Power Run or Vertical Pass scheme it wouldn’t change their draft logic from the initial setting under Jackson.  This means scouting players by archetypes as the user will work nicely if you follow those relative guidelines.  The CPU will not follow that same logic if you go by what history has shown us.

It leaves me with a bit of a pit in my stomach as I think about how great Madden could be if the basic functions were sound.  Sadly, I have a feeling that we will have to pump the brakes on the hype train as it rolls into the station this summer.

It won’t stop me from creating draft classes that will be focused on OBJECTIVE FUNCTION through fiction rather than subjective replication of potential draft classes in real life.  I doubt many people outside of Tennessee Volunteer fans would have given a star or superstar rating to Alvin Kamara prior to the beginning of the 2017 season.  That same logic will be present in the NoobTubeTV draft classes for Madden 19.

As the news about custom draft classes hit me I could hardly stand it.  Being happy about a CFM Feature was new to me.  Any work on CFM that wasn’t surface level was something I had yet to see.  However, certain things take time to marinade and allow logic to creep through instant happiness.  Suddenly, I felt the pain of reality and the question hit me like a ton of bricks.

Have they fixed draft logic?

The biggest problem with all Franchise Modes in almost every game is that they are flawed from the outset.  The user can see good players and snatch them up whenever they want to when it comes to free agency.  Once you get to scouting (what scouting?) and then the draft itself in Madden the AI doesn’t really seem to put as much thought into the most important off-season aspect as it should.  It’s generally pretty easy to find hidden gems and such in the draft through the broken scouting system (for reference, take a look at the house rules developed for Madden 18).  I have come up with a theoretical fix as we wait another two months for Madden 19 to come out.

Normal Should Be The Default Development Trait

While most of this depends on how often a development trait will change during a season, I would suggest that all players be changed to Normal as well.  This will be one of my goals in Madden 19.  I have been wishing for custom and shareable draft classes for quite some time.  While some of you will undoubtedly be looking for real-world draft classes, I will be editing and creating fictional classes for multiple reasons.  The development trait being set to normal is a big part of that. The other is that it will take away a lot of wasted time editing names, schools and such just to create a subjective rating that would be debated and scrutinized.  I will be happy to try out a few of those classes, but that won’t be my focus.

Rookies Should Never Have A Default Overall Above 84 In CFM

Rookies are unproven talent.  That’s it… period.  I will be editing my rookie classes to not only have Normal development traits, but also in a manner that will see an even spread of OVR ratings that won’t pollute the CFM with a bunch of 90-99 players by season three or four.

I will be keeping a close watch on what else is announced in regards to CFM and especially fixes to the logic engine that I fear will still see minimal effort for yet another year.