You may read the title and think I am nuts, but continue reading and you will see the light. 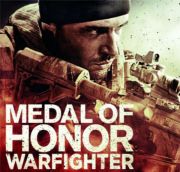 The first and most obvious sign that this year is a bad one for developers is the fact that we have Call of Duty Black Ops 2 (from Treyarch, aka – The Bad COD Developer) competing against (and already defeating) EA’s Medal of Honor: Warfighter.  Why do these two high profile games make a case for this being the worst year in gaming?  The answer goes a bit deeper but we will start with the fact that you have already seen these titles before.  Black Ops 2 is going to be based in the ‘future’ and Warfighter lets you fight in a war against terrorism with different groups of fighters from around the world.  Terrorism, future bad guys, leaderboards, prestige ranks, overpowered weapons, whining teenagers and ‘reload’.  You now have the end of 2012 being a fine example for what 2012 was for many gamers – the worst year in gaming. 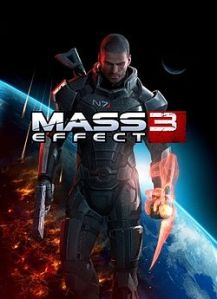 It is one thing to have games like Call of Duty bringing whining people out of the woodwork, but when it is an RPG and you bring the nerds out of the woodwork – you better be ready to see the gates of Mordor open up and Sauron to have his eye upon you.

Mass Effect 3 was disappointing for multiple reasons, outside of the lame ending (which caused many Mass Effect fanboys to demand and get their money back from Amazon) there was also the somewhat forced multiplayer component.  The problem with multiplayer in story-based RPGs is that it makes it feel more like a buddy movie than an epic saga.  Say what you want, but Mass Effect 3 was a bad omen for gaming in 2012. 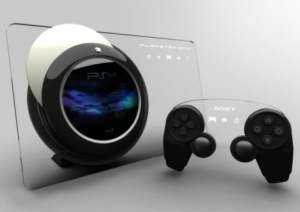 You would think that with the gaming community all but beating on the doors for a new console from Sony and Microsoft that there would be some talk about a new console or at least some sort of new processing power that they are working with.  You have gotten nothing but rumors and even those are only coming from the XBox… where are the Playstation rumors? 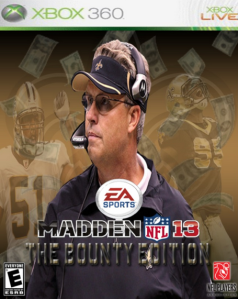 Somehow there is a way to screw up games that are based around stuff we enjoy on an everyday basis.  While there is one shining beacon of hope coming from Sony’s MLB The Show baseball series – it seems that every mainstreamAmerican sports game (soccer and hockey somehow avoid this distinction) is a sad excuse for software development.

Be honest, Madden and NCAA Football have been essentially the same game for 3+ years.  While they have made some tweaks in Madden for Real Time Physics and Tuners (which werenever once used) they have avoided any real sense of innovation since they bought the exclusive rights to make NFL games and knocked 2K Sports out of the running.

This left 2K to throw their weight behind two sports – Basketball and Baseball.

2K’s basketball is perhaps only rivaled by MLB The Show in quality and overall awesomeness.  It is incredibly deep and very well developed.  The game is smooth and the AI/CPU is intelligent during the game.  The depth of Association Mode and My Player being this game to the forefront of sports gaming.  Unfortunately, 2K also makes baseball games.

2K baseball has been a disaster ever sense MLB 2K8 was released, between the glitches and frame-rate issues there is little reason to talk about, let alone consider this game as anything more than the XBox owner’s only option for baseball gaming.  That is the saddest part of all.

Sports gamers often have no choice.

There are many other reasons we could sulk over a bad year in gaming, but what about the perks and the great things that have happened in gaming?  Don’t worry – we will have a lot of time to cover those as NoobTubeTV is going into overhaul to bring you the best in gaming.

Well, it is that time of year again.  Just after E3 when some people are holding out hope for the announcement of a new console – only to be disappointed to see that no such announcement will take place until at least next year.  As soon as that happens, you will start seeing the most devoted (insane) gamers start scouring the internet for any sort of leaks of new information about the next consoles to be released.

The latest ‘leak’ was posted on EGM (via Scribd) and it was then pulled down and removed through the advising of one of Microsoft’s corporate law advisers.

Some of the rumors have the new console being released at the $300 mark.  If that is the case, it could be one of the most shocking aspects of this ‘discovery’.  Although, one shouldn’t forget that Microsoft and Sony have started to make a habit out of releasing multiple consoles in different versions since 2005.  Some have been stripped down shells of what they should have been (4GB 360 Slim and 20GB PS3 – I’m looking at you!).  So, please keep in mind that $300 could be the low end model (if this is even legitimate in the first place).

We won’t be devoting a lot of time to this rumor due to the nature of it being just that… a rumor.  However, it is intriguing to consider the possibilities of a system that could have some of the specifications listed in the brief article.

What are you looking for at this point in a console?  Does this rumor excite you about the future or were you expecting something different altogether?