It really doesn’t matter which sports game you are playing. The moment you start Franchise Mode you had better be ready to make some moves in your omniscient role as owner/general manager/coach/manager/player. If you aren’t controlling every team in the mode you will see the CPU make some trades and sign some players that cause you to wonder if there was a glitch in The Matrix.

I recently started a new Franchise Mode in MLB The Show 18 with the Orioles and had planned on going through the season with the primary roster from a combination of my NoobTubeTV Roster and OSFM. Once I made it out of Spring Training I thought I was ready to rock. I was going to set up a trade block just in case a team wanted to make an offer for a few of my players. I decided to take a look at the Transactions section just to see if any moves had been made by the CPU. There were a couple… but one made me rethink my entire approach. 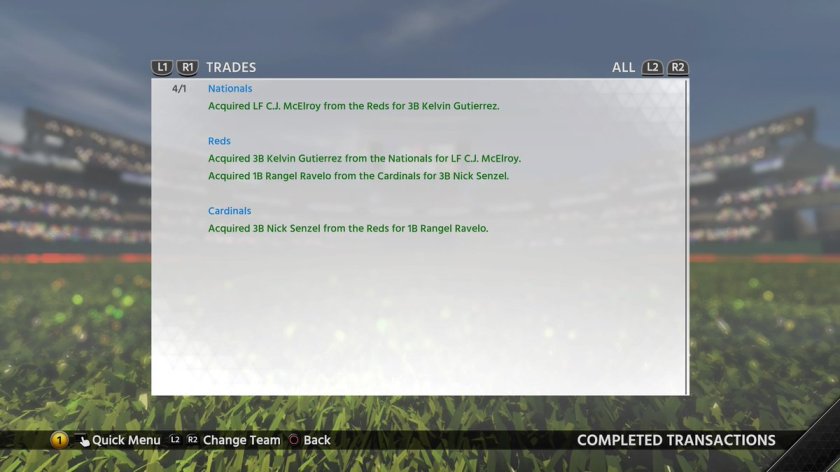 The Reds traded away their top prospect, Nick Senzel. Not only did they trade their top prospect with ‘A’ Potential, but they traded him in the division to the Cardinals for a first basemen in Rangel Ravelo that is 25 with ‘C’ Potential. As much as I could chalk this up to the Reds being the Reds, I had a moment that made me realize that trying to keep my roster moves ‘realistic’ would only hurt my franchise experience in the long run. This isn’t the case if the CPU keeps trades down for the most part, but when there are big trades that involve top prospects for nobodies – it’s on like Donkey Kong!

I made my own moves soon after I saw the Reds trade. Seeing that the rumors already have the Orioles shipping Manny Machado by the trade deadline this season (in real life) I decided I would pull the trigger earlier in the season – and I would add a few other players to my rebuild of Baltimore. 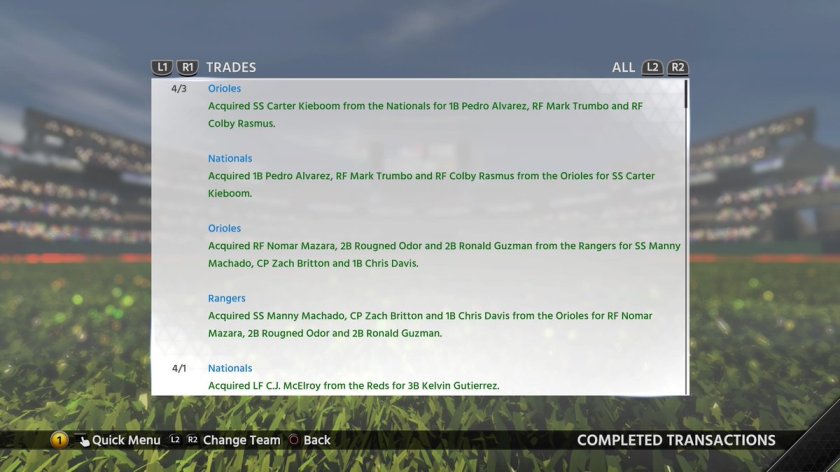 Some of the elitists on sports gaming forums would be shouting from their ivory towers as wanna-be experts that these trades would never happen. Guess what…? They did and it has been fun as hell to play my Franchise over the last few games with this remodeled Orioles team.

I managed to trade Machado, Britton, and Davis to the Rangers for Nomar Mazara, Roughned Odor and Ronald Guzman. Yes, it was a steal when it comes to obtaining young players that I be the bedrock of the Orioles for a few years. Yes, I feel like this could happen in the real world (why not?). I then also made a trade with the Nationals to bring in a prospect to eventually take over for the absense of Machado in Kieboom. You could say realistically and be correct in the statement that I basically rebuilt my entire roster during the first week.

Yup, I did – and that’s the point. Franchise Mode is YOURS. You don’t have to abide by anyone’s rules if you don’t want to. For myself, I like to play through mine like a story. I have all sorts of different ideas for how I want to see my team develop for my initial three year contract. Everyone should have the same view on their own franchise mode. I think having some house rules is always a good idea. I do have another Franchise Mode that uses my original house rules for MLB 18 (with the Reds of all teams!) and it is a great time as well.

The point of all of this…? When you play sports games from the franchise mode perspective you have to take every moment with a grain of salt. I have had all sorts of crazy things happen…

The world is a crazy place. Don’t get upset when your franchise loses its mind – roll with it and make it your own crazy world.

After Madden 25 announced a recent Gamestop promo for ‘Connected Franchise Mode’ and an article surfaced on Bleacher Report talking about the supposedly tweaked Connected Careers Mode; there seems to be a lot of work for us to do in order to make Madden better instead of simply allowing EA Tiburon to give us old features and call them ‘new’.

There is a poll on the Brian Mazique article asking if editing rosters, fantasy drafts and controlling every team are enough to make you completely satisfied.  These aren’t new features!  Madden 12 had every single ‘feature’ they are trying to re-implement into a mode that essentially disallowed them.  While these features are a must and will only add more depth to the game they by no means should satiate your desire for a better football game. 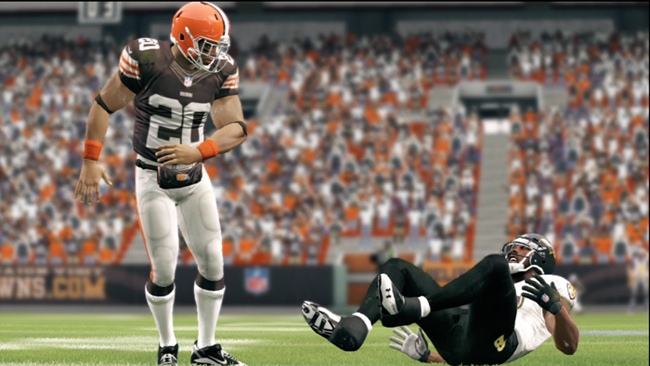 Some of the (many) additions Franchise Mode needs in order to mimic the real NFL are below:

We will continue our efforts to make Madden a better game and you shouldn’t let EA get away with calling old parts of the game ‘new features’.  What are your thoughts?  What is Madden missing the most in Franchise Mode?