This might be sacrilege for many pro football fans out there.  However, after playing just one game of All Pro Football 2K8 last night I found that the answer to all of my football gaming frustration is based on changing one thing (primarily) – the NFL license. 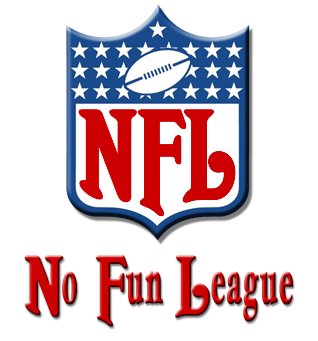 Before a lot of people start coming at my neck for this, let me make one thing clear.  I love using my favorite team (the Browns) and building my team through the draft & guiding them to the playoffs.  However, when my quarterback or wide receiver gets lit up during the game, I want to see them struggle to get up off the field.  I want to see players hobble with a pulled hamstring during a game.  I want to see and feel real football again.   The primary reason we don’t have that with Madden NFL is because the NFL has essentially castrated the game to being a representation of NFL football only in name.

This isn’t to say that EA Tiburon is off the hook when it comes to their pathetic annual roster update with minimal improvements and innovation to the actual game.  Madden has been able to ride the exclusive NFL license all the way to the bank for close to a decade now.  Not to mention the fact that in the process, they have also found it necessary to remove features from year to year and effectively do as little as possible to evolve their product over time.  This isn’t new to gamers that have bought Madden over the last two decades.  We have become almost jaded into expecting and accepting that ‘it is what it is’.

2K Sports hasn’t said anything about a new football title in the last few years.  However, now that we are entering a new generation of consoles with even more possibilities for improvements to graphics and physics in sports gaming; it does beg the question of when we will (if ever) see another 2K Football game.

Would you buy a 2K Football game on next-gen hardware?