Now that we are firmly into the high speed internet age and online functionality has become almost synonymous with every game on the market (including the ubiquitous ‘patching’ of games).  The issue many sports gamers are running into is that they are pouring $60+ into games that come out every year with minor improvements/changes and roster updates.  This has caused sports gamers to generally ask on occasion why developers like EA and 2K won’t simply release a cheaper update to the game every other year 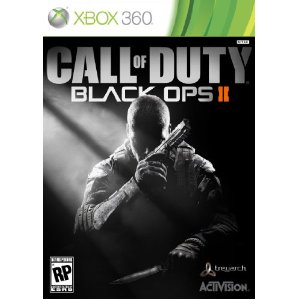 or so instead of requiring the purchase of new software every single year.

The most obvious responses are ‘…because people are buying the games in droves” and “Why would you stop milking your cash cow when it is obviously still producing results?”

The issue at hand in the coming generation of consoles is that they will be largely focused on digital content more-so than even these current consoles seem to be.  While the PlayStation Store and XBox Marketplace are doing well and provide services to subscribers/gamers it seems like only a matter of time before you will have to start buying certain content by sections rather than a full-fledged title.

Some games like Call of Duty, Battlefield and Halo could potentially be sold in three different ways.

This isn’t the first time that something like this has been suggested.  You can go to virtually any rumor mill site for gaming and read about an industry analyst talking about the likelihood of a game like Call of Duty charging people to play online.   The issue that gamers should be considering is whether or not they are happy with the current state of games.  Whether or not you are paying extra for maps, add-ons or even avatar clothing you have to appreciate how smooth the transition has been between the PS2/XBox to the PS3 and 360 in terms of online interactivity and microtransactions like coins for Madden Ultimate Team.

We will soon be entering a new realm of digital content distribution.  Considering the actions of developers in the last 18 months, you shouldn’t be surprised if you will have options to buy games by piecemeal or some sort of full-game combo.

If you disagree about the outlook or attitude towards some aspects of games (such as story mode/campaign) you should ask Battlefield or Call of Duty gamers if they have played more than 45 minutes of the campaign mode.

The fact that Battlefield has a disc for campaign mode on 360 says a lot (even if it is simply due to space)… my campaign disc has been in the system for less than two hours – total.

Get ready for some big changes next gen.