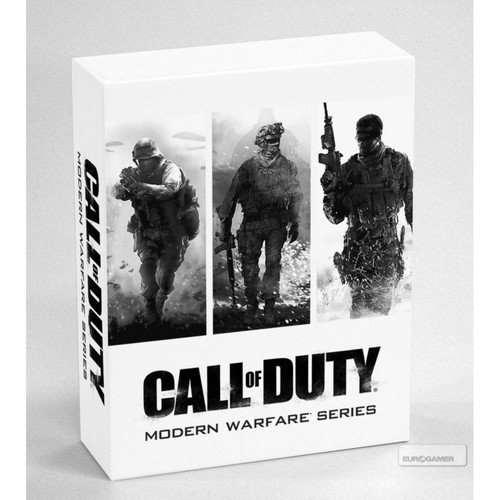 Maybe we should start with the obvious.

With that said, the latest announcement of Call of Duty Infinite Warfare being officially released again in November has brought a new reaction from many that once worshipped the series (present party included). Now it seems that quite a few former COD apologists and fanboys have started to go in a new direction… reverse.

Most FPS gamers within a couple years of my age (let’s call it early to mid-30’s) remember when the debate was Halo vs. Call of Duty and coming in a distant 3rd was Battlefield. I recall my wife buying Call of Duty 2 for me as a Christmas gift back in 2006-ish. We were pretty close to poor at the time and the fact that she got me that game meant a lot. The graphics blew me away, mostly seeing the heat from the desert in the first mission. I had the first COD on PC and my machine could barely play it, but I found a way. Now that the 360 could play all these games at great resolution I was hooked. I both lacked the money for COD 3 and after renting it briefly lacked the desire to play it at all… it felt different enough from COD 2 that it left a sour taste in my mouth for Treyarch titles after that.

COD4: Modern Warfare blew my effing mind. We still didn’t have the income for me to justify buying it… so, I had to hope to get it for Christmas. It was almost a double blessing as my 360 died within a couple days of release from the RROD. So I started my MW gaming around Christmas and was hooked. It was tactical and fun. The simple killstreaks were easy enough to use and didn’t totally alter the game in multiplayer.

Hell, even the single player campaign was amazing. I felt like I was in a movie and it was certainly one of the first games that I legitimately couldn’t take out of my system. I basically stopped playing most other games. I didn’t buy COD 5: World at War because I was sick of WW2 shooters. It had nothing to do with wanting to have more mobility or some sort of exo-suit… if I wanted that I’d have bought Hali or even Killzone. Call of Duty 4: Modern Warfare was simple in its own way and that’s what made it great.

Activision started breakin records because of the success of the Modern Warfare games. They improved those games throughout the rest of the trilogy. In the meantime they started releasing DLC to bring in more money. They even had most of the DLC finished prior to release and on the disc… they just wanted to make you pay for it… because they knew you would.

Fast forward to now and we see the money grab that has been Advanced Warfare and Black Ops 3. The terrible campaigns for single player and the sci-fi exo-suit, wall running atrocity that has become common place in Call of Duty.

Meanwhile, their latest launch trailer has received over 300,000 dislikes. It’s a game based in space warfare/invasions/whatever/sigh.

What makes this the worst Call of Duty ever? The fact that if you buy the ‘Legacy Edition’ for $80 ($20 more than regular retail) you will get COD4 Modern Warfare – Remastered. Yeah… they know what you want and now they are going to try and take you to the cleaners if you want to play it again.

This goes beyond not caring about customers… this is as close to bad business as a company can get without encouraging a class-action lawsuit. I will no longer be buying Call of Duty games as long as they continue this type of behavior.