In what seems to be the non-stop world of NFL media coverage, we have yet to hear so much as a peep from EA Sports when it comes to Madden 15.  With the draft coming in nearly a month and numerous reports of big changes in free agency – there isn’t even a screen shot of the assumed upcoming title from EA Tiburon. 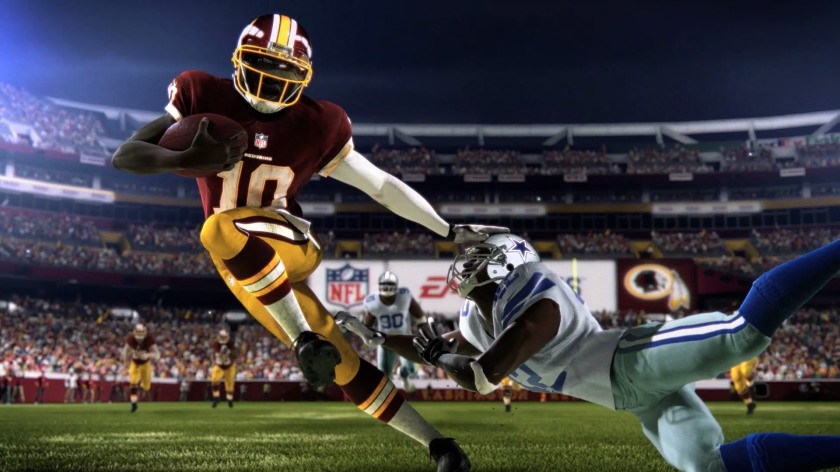 Does this mean that there is something bigger on the horizon and EA is just playing it ‘close to the chest’?  It doesn’t seem like it could be anything else other than that assumption.  Madden is the cash cow of EA Sports (perhaps behind FIFA) and it is in need of some serious work when it comes to improving the overall experience of the game in general.

What are you hoping to hear from the football gaming front in the coming months?

Here are a few of the things that Madden needs –

Better Team Management from AI – This seems to be a yearly issue with Madden.  Yes, they mostly fixed the ability to steal draft picks from teams (via trades).  However, there seems to be a drastic drop-off when it comes to teams making personnel decisions as the years pass in Franchise Mode.

Better Officiating and Foot Detection- I have a feeling I’m not the only one that has played Madden and seen a receiver clearly catch a ball out of bounds and have it ruled (after review) to be a catch.  The same goes for catches made in the end-zone and inexplicably, the animations or officiating doesn’t allow the catch.  This is an issue that occurs almost every 2-4 games I play.

Better Draft Class Balance – Now that NCAA Football and the importation of draft classes (and the constant problems that presented) is a moot point.  We now have to look at the classes designed and wonder why there are WRs created that are 5’8″ with 77 SPD and 67 CTH ratings.  For the love of all things unholy – just make the player somewhat less crappy.

Custom Draft Class Creation – As stated above, the current state of draft classes is terrible.  The sports gaming community has shown in games like NBA 2K that there are people out there that can put out some amazing effort in this regard and openly share their creations with the community.  This would be a huge success if EA simply allowed it.

Smarter Playcalling and Decision Making – This goes without needing explanation for the most part.  However, Madden seems to be designed for the casual fans to pick up the game and throw the ball around.  It would be nice to finally see the game become challenging in a way that made the gamer (and the AI) to consider all of the match-ups and the game situation before choosing plays or who to focus on for a given moment in a big situation.

I am an educator and gaming enthusiast. A love of competition and teaching others has driven me to create this website. View all posts by NoobTubeTV