It was a great week for game fans of all ages last week, but that doesn’t mean that some announcements didn’t disappoint us.

Keep and Eye On:

Spec Ops: The Line (Respawn Entertainment/2K) – This game plays smoothly and feels like a modern military version of Gears of War (executions and all).  In playing the demo there is something left to be desired from gameplay that seems slightly uninspired.  There isn’t a lot of holding your breath in worry that an army of baddies is coming to put you down.  However, the multiplayer gameplay looks like it could prove to be enjoyable, if not at least something different from Call of Duty’s first person syndication every year. 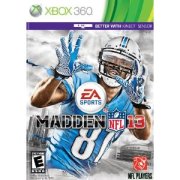 Madden 13 (EA Sports) – Finally, Madden has come out of the E3 gates with something to talk about other than their yearly subjective roster update.  Real-time physics, connected careers and a new XP system of progressing your players in career modes is a breath of fresh air that every football gaming fan will appreciate.  There are some tuning issues they are still working on for much of connected careers (which is to be expected); but hopefully they can use the next month or so before the game goes ‘gold’ to fix these things.  Don’t expect perfection off the bat, but you should expect some new joy in how Madden actually plays this year.

Metal Gear Rising: Revengeance (Konami) – Finally, something playable was present at E3 and did it ever live up to the hopes and dreams of Metal Gear fans!  Raiden was a character that upset many of the Metal Gear ‘purists’ (elitists…myself included) but when Kojima decided to make Raiden into an awesome Cyborg Ninja from Hell in Metal Gear Solid 4?… I was convinced that Raiden was cool enough to be a desireable character.  At this point, MGSRR is looking more and more like Ninja Gaiden put into the shoes of Metal Gear and it looks amazing. 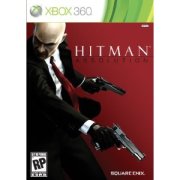 Hitman: Absolution (Square Enix) – One of the favorites to make people gush over the wonders of Agent 47’s ability to silently make enemies hunker down in fear.  This is proving to be a game that you should be very excited about.  The gameplay is solid and the story of Agent 47 is usually an intriguing one.  Let’s face it, Hitman is a game that really has its set of fanatics and then the rest of the gamers that want to get their fill of digital violence.  The beauty of Absolution is that it seems to have a better feel and look than Blood Money.  There is a fine line for the Hitman series to walk right now but it is avoiding our list of stink eye games… for now.

Give the Stink Eye To:

NCAA Football 13 (EA Sports) – Talk about giving a game a fresh coat of paint and sending it out for the user to beta test.  NCAA Football 12 was decent, but with major flaws on release day that weren’t patched for over a month and a half (player tendencies after re-naming rosters, etc.).  NCAA Football 13 changed throwing trajectories but didn’t implement real-time physics like Madden 13.  They have the same button schemes this year, but after that similarity NCAA falls to the field with a thud.  The menu interface hasn’t changed and the game doesn’t seem to look different at all.  The demo is out there for you to give it a try – but it could be a 1GB file you regret downloading in the first place. 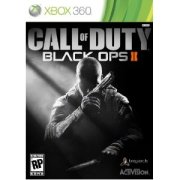 Call of Duty: Black Ops 2 (Treyarch/Activision) – This series has been played out.  The fact that they are going to the year 2025 isn’t as impressive as some people want to make it out to be.  Not to mention the fact that they are ‘bringing back’ zombie mode.  What is going to be different from Black Ops or even Modern Warfare 3?  Nothing really.

You already know what to expect if you are a COD fan and that can be a good thing if you love COD games.  Black Ops 2 is like the third Transformers movie at this point –

All of the explosions, the hot girl that replaces another hot girl (albeit, with an accent) and our typical ‘heroes’ to save the world from bad foreigners (Insert xenophobia here) and you have yourself a “Brand New” Call of Duty Game.

Halo 4 (343/Microsoft) – Did you know that another Halo game was coming out?  Of course you did.   What better way to milk this cash cow of a franchise than to continue the saga of Master Chief from a ‘whole new perspective’?

Much like Call of Duty and even Gears of War, Halo 4 is a game that has many people excited because they worship the Halo universe and think Master Chief is the greatest thing since sliced bread.  Say what you want about the books and everything else… if you love Halo you will buy this game.  After that what is there?  One of the ‘features’ listed for this game on Amazon is telling –

“The Master Chief returns to battle an ancient evil bent on vengeance and annihilation. Humanity and the universe will never be the same again.”

If you pay attention to the last sentence of their description, it is one of the most hilarious marketing ploys ever.  Consider what has happened over the course of Halo, Halo 2 and then Halo 3.  Then consider what happened with Halo 3: ODST and then the prequel Halo: Reach.  It is something of a guess, but after 5 games that gave us a great trilogy a prequel and even the perspective of a different soldier (ODST) there isn’t much more to care about is there?

It is always a funny argument to hear when a Halo fanboy and a Call of Duty fanboy come into a game store or game department… or God forbid – forums.  Both sides love to present their game as being superior in some way shape or form.  However, in the end they are both arguing over something that they both share in… being duped into buying the same game every year or two.

Gears of War: Judgement (Epic/Microsoft) – Say what you want about the story of Gears of War, it was original and the voice acting was impressive all the way through.  However, the latest announcement is bringing up the same old argument we just made about Halo and Call of Duty.  The most insulting thing you can do to a gamer is try and squeeze out more money for a prequel.  George Lucas was able to fool some people into thinking the new Star Wars prequel trilogy would be worth the excitement.  However, in the end… people still prefer to go back and watch the movies that are now nearing 40 years in age.

This announcement of a new Gears of War game is exciting for people that enjoy the Gears story and gameplay.  Unfortunately, outside of that group of people there are many other gamers that would prefer to see something original come out and blow our minds.  Maybe this is the last Epic game that will grace the 360 before they move on and develop a new series for the XBox 720.  We can only hope that this game is a final conclusion… or pre-clusion?

Spec Ops: The Line is a game that is coming in under the radar.  As far as being noob friendly, this could be one of the games that new gamers will want to jump into.  Any time a developer pushes a new series, noobs should look at it as an opportunity to become skillful and improve with everyone else that is learning the game with you.  While some people will have certain skills like reaction times and gaming reflexes, you will be able to learn the nuances and idiosyncrasies of Spec-Ops if you jump in off the bat.

Keep in mind, this game is a THIRD-Person Shooter in the demo and looks like it is trying to draw more attention from Ghost Recon than COD or Battlefield.  If you consider the fact that this is also being published by 2K Games, it has a chance of gaining a foothold with some of the dedicated 2K Gamers.

The only trouble is, will the game be able to take the attention that Call of Duty will have in November and still be widely played online?