The deal that ruined football gaming for almost a decade is scheduled to expire this year.  EA Sports and Madden have been synonymous with declining quality and innovation ever since coming to an agreement with the NFL and NFLPA to have exclusive rights for an NFL video game.  This essentially did away with any of the NFL games you might have played instead of Madden over the years before that fateful day in 2004. 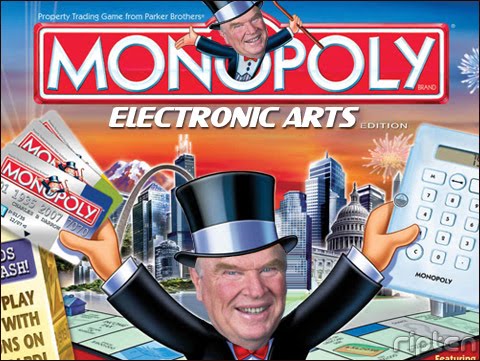 While there is no doubt that Madden’s sales have been impressive for the 25 years that it has been around, there is cause for concern when there is a consistent feeling among consumers that the game is nothing more than a roster update every year.  To call Madden a simulation experience would be like calling Call of Duty a military simulator.  On the surface there is ‘football’ but once you boot the game and start playing it will feel more like a half-scripted arcade game with decent graphics, canned animations and poor physics.

When the exclusive license expires it will be more of a ceremonial expiration than anything to get excited about if you are a 2K Football fan.  This is because the NFL and the NFLPA (Players Association) are going to renew the deal.  Electronic Arts (EA) is like the New York Yankees of game development.  They are easily the most hated team in sports, their fans tend to be loud and obnoxious and they really don’t have to worry about sales every year… because they are the Yankees.  There is a big problem with the Yankees and that is starting to show on the field and in the front office (See A-Rod, etc.), much like EA and their overall performance as a game developer by and large.

Over the last few weeks EA has been ridiculed for their terrible release of the new SimCity game on PC.  They flubbed the launch in so many ways that you had to almost ask yourself if someone sabotaged them.  They had server issues that prevented people from playing the game when it came out.  Then they had numerous other issues that stemmed from their use of DRM (Digital Rights Management).  DRM being put into the game is a sign that EA fears piracy, and why shouldn’t they?  Gaming has slipped into a realm of Catch 22 that few other industries have had to deal with outside of music and movies.  What you will start to notice is that when people want to support a business or a certain way of doing things they will speak with their wallet’s/purse’s/allowance.

The sales of Madden have been relatively stable over the course of the 360/PS3 generation of consoles.  This is coupled with the fact that the NFL has been bringing in billions of dollars as the favorite sport and form of entertainment of the United States.  It is going to be hard to tell either party that they should change what is going so well for them financially.  This is the primary reason why the exclusive license will carry on between EA Sports, the NFL and the NFLPA.  Money talks and so far the football gaming community has been speaking EA’s language.

The glimmer of hope can be found in the fact that EA lost exclusive rights to NCAA and Arena Football.  While the AFL is about as popular as VHS Tapes – college football is a huge business and a potentially open market for a developer like 2K Sports to take advantage of if they wanted to bring some sort of competition to EA’s doorstep.  There is a somewhat large group of football gamers that prefer NCAA Football over NFL football and EA’s NCAA Football has been less than stellar over the last few years.  Hopefully we will see a company like 2K Sports step up to the plate and work on a football game once again.  Lord knows they haven’t stepped up to the plate for hockey this year and they keep striking out on their baseball titles.

The best thing for Madden NFL is competition and they know it will make them have to step up their game.  Which is exactly why they will continue to hold the exclusive license for NFL gaming.  You can have hope that it will expire and not be renewed, but don’t hold your breath.