One of the primary reasons I stopped playing Black Ops within a few months of release was due to the way they decided to make some weapons ‘inaccurate’.  The AK-47 is certainly an inaccurate weapon, however it shouldn’t mean that when you have your sights trained on an enemy that the rounds don’t fire straight out of the barrel.  This was one of the more annoying aspects of Black Ops as it seemed like every time I had my weapon aimed down sight directly on an enemy it would often result in a few 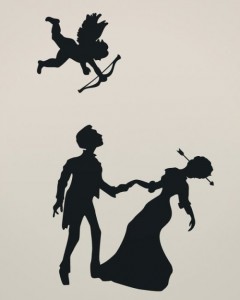 missed shots.  It would be one thing if I was holding the trigger down on full auto but when firing in bursts and aiming low on the body in order to prevent recoil-misses and still miss shots on target – it takes away from the game drastically.

In Black Ops 2 we will be ‘flashing forward’ a bit as we start fighting in ‘The Near Future’.  There are a lot of things about Black Ops 2 that might make artificial inaccuracy a thing of the past for Treyarch.  The primary reasoning behind this assumption is that the weapons will be more aligned with those that we are currently using in Modern Warfare 3 or they will simply be more accurate weapons of the future.

We will keep you posted as details emerge but in the mean time we recommend that you start playing more Black Ops in order to get ready for Black Ops 2.  Treyarch seems to have a lot up their sleeve with this game and the online approach especially.